a
1
2
3
4
5
6
6
7
8
9
A
B
IMPORTANTTo read the national and local advice about coronavirus
CLICK HERE
CLOSE
Contact
Open Hours
book appointments
Vaccines
Destinations
General
Need some help?
Email Us
Ambulance
999
NHS
111
Online Shopping
0300 303 3380
Pharmacy
Carter Chemist and Consulting Rooms
01923 825753
Social
Facebook
* Please be advised that we record all incoming and outgoing calls. This is for training and quality purposes and to protect both our staff and patients
Usual
Opening Hours
Monday
09:00 to 19:00
Tuesday
09:00 to 19:00
Wednesday
09:00 to 19:00
Thursday
09:00 to 19:00
Friday
09:00 to 19:00
Saturday
09:00 to 13:00
Sunday
Closed
Holiday
Opening Hours
Our opening hours may vary from branch to branch. Visit our branches page to see the opening hours of your nearest branch.
See Branches
Cholera
Diphtheria
Hepatitis A
Hepatitus B
Japanese Encephalitis
Meningitis A,C,W, and Y
Polio
Rabies
Tetanus
Tick-borne Encephalitis
Typhoid
Yellow Fever
Africa
Antarctica
Asia
Australia & Pacific
Caribbean
Central America
Europe
Middle East
North America
South America
BLOG
What we have to say about your health and well being
Search...
BLOG
What we have to say about your health and well being
7
May 2021
Hypnotherapy Language 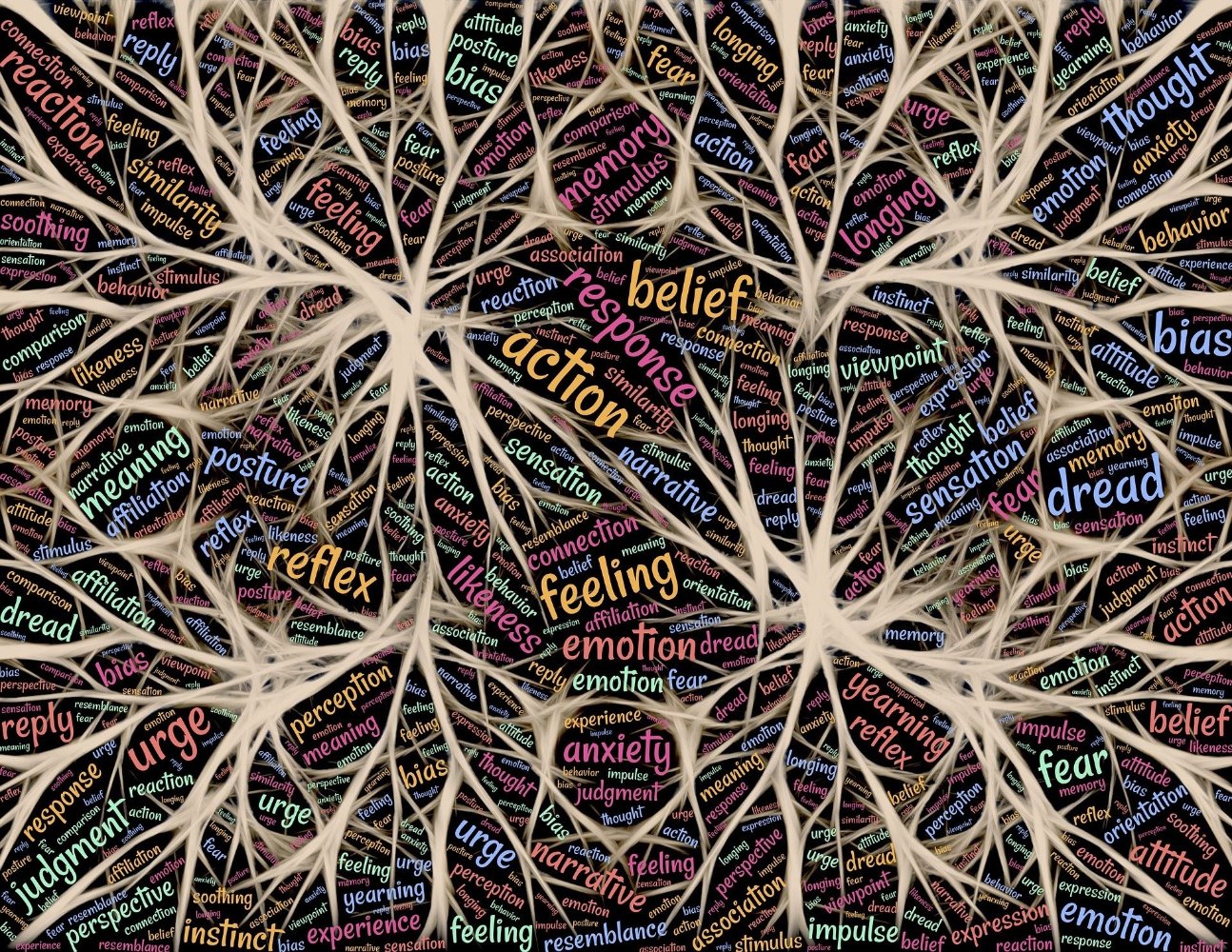 What does your language say about you?

One constant fascination I have with psychotherapy is how a client’s use of language can represent their experience of the world. Listening to a client's metaphors can give you an insight into their unique perception of reality.

Perhaps more than any other therapy, hypnotherapy is an invitation to overhaul the client’s inner world: their 'reality tunnel'.

An idea first popularised by the American author Robert Anton Wilson, a reality tunnel is our subjective understanding of the world around us. It is informed by our personal experiences that affect our beliefs. Our beliefs are the building blocks of our reality; what we believe about the world and our place in it defines our reality tunnel.

“Every kind of ignorance in the world all results from not realizing that our perceptions are gambles. We believe what we see and then we believe our interpretation of it, we don't even know we are making an interpretation most of the time. We think this is reality.” – Robert Anton Wilson

To explore beliefs within the unconscious mind, it is conducive to understand how those unconscious beliefs are sometimes expressed through unguarded use of language.

Consideration of a clients’ use of language is an unsurprisingly common thread throughout talking therapies.

Carl Jung was convinced that by analysing and expressing these hidden clues in our language we would have access to a much richer and comprehensive understanding of our perception of the world around us.

'Freudian Slips' were so-called after Sigmund Freud, who famously believed that parapraxis in speech belied unconscious thoughts and desires.

Psychologist David Grove devised a set of questions he called 'clean language', using his client's own words and metaphors to draw their attention toward valuable insights.

Similarly, during a hypnotherapy session, the therapist will harvest the words from their client to be used in an audio recording to be listened to between sessions. This recording will be written in the language patterns of the client (eliciting their evidence for change), allowing powerful suggestions to bypass the critical defences of the conscious mind, and effortlessly nest within the unconscious.

It is interesting to observe how, during the 18th century, the rise of hydraulics as a technology, shaped the way people expressed their experience of the world around them in the metaphors of the day. It had become quite commonplace to 'run out of steam' or to 'let off steam' and release 'pent-up' frustrations.

During the 20th century, electricity 'recharged' our use of language, television gave us a reason to 'switch off' and computers allowed us to 'upgrade our memories'.

In his 1946 essay 'Politics and the English Language', George Orwell highlighted the parallels between what he saw as the decline of civilization and the use of language. If we accept the poor use of language, he posited, our politicians are better able to obscure their more nefarious intentions behind prosaic platitudes.

Orwell believed that the decline in how we express ourselves was indicative of our unclear thinking. To take control of the language we use to express our inner world was to regain control of our thoughts.

You cannot achieve great things if you cannot express these ideas in words. Likewise, without the words, how can thought become meaningful action? Or, to use a metaphor: without a destination, how will we know when we’ve arrived?

“Never use the passive where you can use the active.”

Here, Orwell is talking about the use of language, but he is also suggesting it is indicative of our attitude towards life. Don’t be passive in your speech or writing; use language as a weapon against complacent thought.

If life is a story we are telling ourselves, using richer language can bring potency to the unconscious metaphors by which we create our reality tunnels and, ultimately, our lives.

CONTACT
112-114 High Street, Middlesex
Northwood
Greater London
HA6 1BJ
Contact Us
01923 825753
INFORMATION
Company Registration:
05371655
Premises GPhC Number:
1035057
Superintendent:
Mr Hatul Shah
OPENING HOURS
BRANCHES
See All Branches
Cookie Policy
Privacy Policy
Terms And Conditions
Local Shopping Policy
Copyright 2021
Powered by www.thepharmacycentre.com
and www.medicinechest.co.uk
We were unable to connect you to our system.
Please click to try again.
If this problem persists contact info@thepharmacycentre.com
This website is no longer available, If you are the pharmacy owner, please contact The Pharmacy Centre to re-activate.
Don't show this again
Don't show this again
MENU
Main Menu
No Results
Shopping Categories
More Categories
In Store Shopping
More Products
Online Shopping
More Online Products
Health
Search Health Articles...
Search Medicines...
Coronavirus Advice
Admin Tools
Settings
Volume
Text
Device
Your Basket
In Store
Total
Checkout
Online
Total Excl VAT
VAT
Total
Checkout
Live Chat
Live chat is currently disabled. Toggle the switch to make yourself available for live chat.
Active
Pending
Type your message and press enter to send, An administrator will reply to you shortly
Chat...
Send
End Conversation
Back to Chats
Please select a branch to view orders, patients and history...
Website
Select Branch
Order In
Patient Orders
Pending Orders
Complete Orders
Order History
Patients
Register Reminders
Statistics
Configure
Log Out
Speciify which content you wish to enable on your site
Flu Pages & Content
Medic Spot Covid Test Pages & Content
Medic Spot Travel Planner
Online Doctor Pages & Content
Testimonials Pages & Content
Travel Clinic Pages & Content
Back
Next
What do you want to do?
Visit the website home page
Visit the website page for my pharmacy
Change my pharmacy
Back
Next
1
2
3
4
5
6
7
8
9
10
11
12
13
14
15
16
17
18
19
20
21
22
23
24
25
26
27
28
29
30
31
Back
Next
Please provide your email address you use to login to your account, we will then send you a password reset code.
Email
Back
Next
Back
Next
The following list shows all the items you have placed orders for, click on an item to see all the dates you have placed an order for the item.
Back
Next
Please provide a little more information to finish setting up your account...
Which of our stores you use
Are you registered for GP online services?
The surgery you are registered with
Are you exempt from prescription charges?
A contact telephone number
Your home address
Messages
No new messages
Your surgery does not currently allow you to place orders via GP online services. Please contact your surgery to resolve this or click here to unlink.
Online prescription ordering is not currently enabled for your branch. You can still store your items and set reminders to re-order.
You haven't set up any reminders to reorder your prescription items. Click here to setup reminders now
Your recent prescription orders
What do you want to do?
Change User
Order
Manage
Pharmacy
History
Purchases
Log Out
Please enter your login details to access your account...
Email
Password
Keep me logged in
Help! I have forgotten my password
Back
Next
To keep your password secure you will periodically need to change it. Please provide a new password to login to your account.
Email
New Password
Back
Next
If you have an NHS account you can use it to login to your account. By doing so we can automatically collect information required to connect to your GP online.

You will need to give NHS login consent to share your information with us for the purposes of creating your account with us, ordering repeat prescriptions, sending your GP a message and seeing the health information your GP shares with you